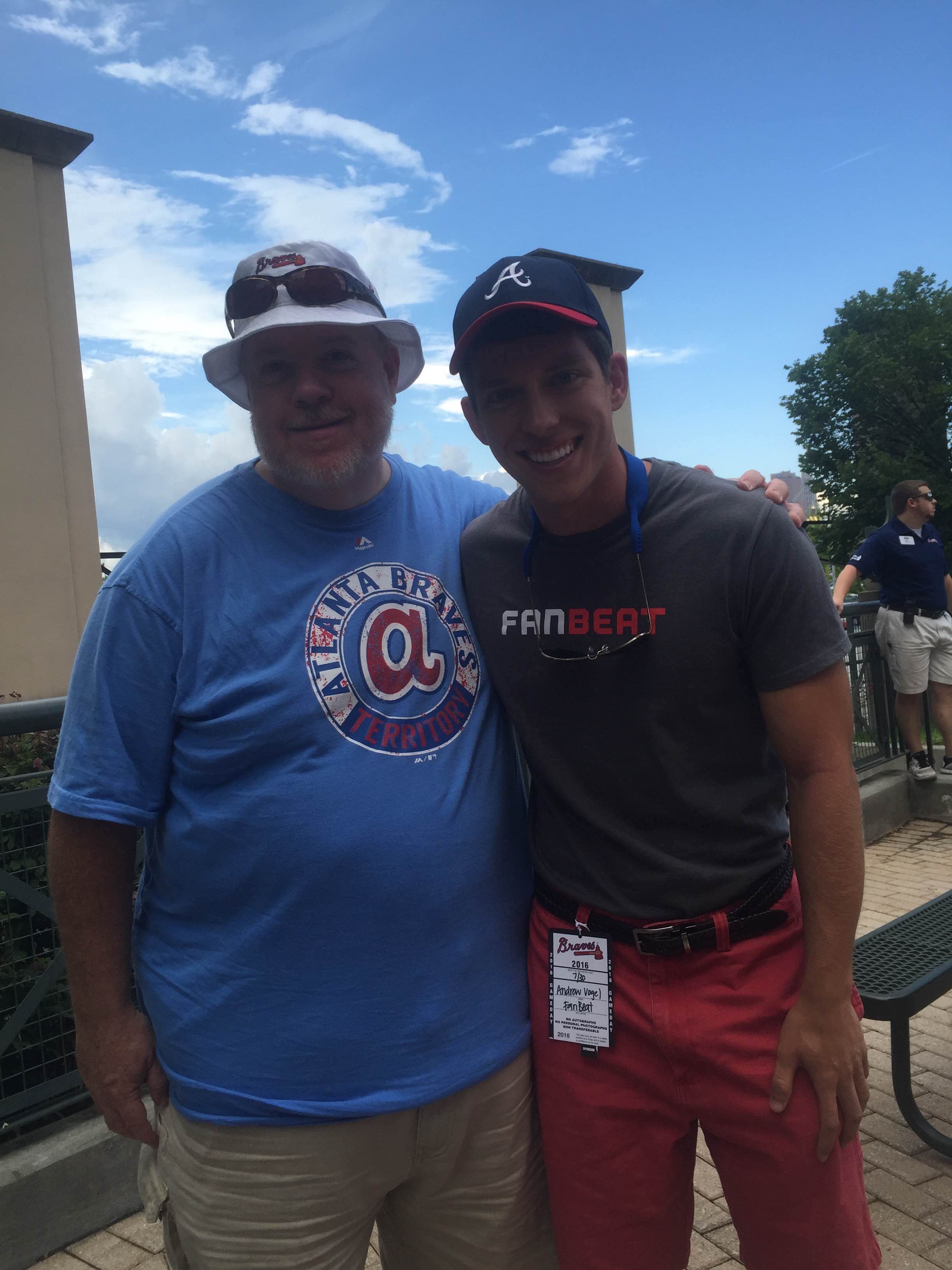 While handing out flyers and educating Braves fans about Braves FanBeat at Turner Field last month, I had a chance to meet two of our most prolific users in person, Hugh T and Traylor 23. I even got the chance to learn their real names! Hugh Tomlin is in his 40s and lives in Montgomery, Ala., while Matt Traylor is in his 30s and lives in Kennesaw.

After meeting them in person, I later followed up and got their feedback on their experience playing FanBeat. Listed below are highlights from the interview.

What their experience playing Braves FanBeat was like the first time they played the game:

Hugh T: It was a way to keep your interest in the ballgame. Between innings, I needed something to do until the next inning. It makes it more interesting and fun – like you’re part of the game.

Traylor 23: I loved it and was instantly hooked. The very first time I played, I only played the last half of the game and still ended up almost finishing among the T-shirt eligible winners.

Why they play Braves FanBeat during every Braves home game:

Hugh T: I’ve won every game prize except for the autographed baseball (the second-place prize), so I’d like to win at least one baseball before the season’s out. My personal goal is to get at least 200,000 points for the season.

Traylor 23: At first, it was the shot to win one of the grand prizes. Since I’ve eclipsed all of those eligibility thresholds, it’s (to keep winning) those great nightly prizes.

How Braves FanBeat is different from playing fantasy baseball:

In Braves FanBeat, you have to actively have knowledge about the game of baseball, the team we’re playing, situations that may arise and random trivia about events that happened last night. FanBeat is a more active and participation-involved game.

On their favorite question that FanBeat asks:

Hugh T: I like the countdown trivia questions because you have to know your team.

Traylor23: I really liked the “what instrument does John Smoltz play” trivia question.

(In case you were wondering, “Smoltzie” plays the accordion – both of his parents are music teachers).

It was great to hear positive feedback from two of our players who have played game-in and game-out this season. The consensus from both Hugh and Matt is that FanBeat enhances engagement for fans watching the Braves because it creates a game within a game. It’s great to have that validation!

On another note, we also learned that fans really like the trivia because it rewards hard-core fans who know the franchise’s history and have been following the team closely all season. Even if fans don’t know the answer to a trivia question, they appreciate the opportunity to learn new facts and tidbits about the team. Braves FanBeat is tailor-made for all fans, both die-hard followers as well as more casual types.

A new US Gaming Category Emerges